Burned up: wood-fueled electricity could be more damaging than coal 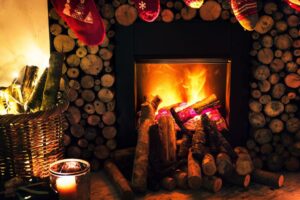 The UK’s voracious appetite for wood-fueled energy is sounding alarm bells among environmental advocates, health groups, and those living near clear-cut forests. SASHA STASHWICK argues that biomass is worse for our environment than burning coal.

Drax Power, the country’s largest utility, began converting its old coal-fired boilers into ones that run on wood a decade ago, with the financial support of the UK Government.

In 2017, subsidies to Drax cost Britons £729million, or nearly £2million pounds per day. These subsidies fueled a voracious demand: the UK is now the world’s top importer of wood pellets.

This has put the country out of step with the realities of climate science, economics, and the needs of the electricity grid.

Scientists do not see large-scale use of biomass for electricity as the preferred de-carbonization approach. But that didn’t stop the Department of Energy, Business & Industrial Strategy from approving another biomass conversion at Drax Power Station this year.

The public is now becoming more aware that burning trees is not good for the environment, and voices against biomass are growing louder.

In April 2018, Channel 4’s Dispatchesaired a hard-hitting investigative report exposing the destruction behind the UK’s move to replace dirty coal with wood fuel.

As Dispatches journalists uncovered, in parts of the Southern US, unique hardwood forests that are massive storehouses of carbon are being clear cut, manufactured into wood pellets, and loaded on ships destined for Drax’s boilers.

Back in January 2019, researchers at MIT found that when plants switch to biomass, “the first impact is an increase in carbon dioxide, worsening global warming over the critical period through to 2100, even if the wood offsets coal, the most carbon-intensive fossil fuel”

They weren’t alone. At the same time, a whopping 800 scientists wrote to the European Commission to say biomass electricity is a false climate solution.

The EASAC urged policymakers to reconsider their approach to using forest biomass for energy.

In May 2018, in a first-ever statement from a conservative institution of its kind, the right-leaning think tank Bright Blue published a report on strengthening the UK’s 2008 Climate Change Act.

They stated plainly that, "some sources of bioenergy, such as woody biomass in the power sector, do not deliver genuine greenhouse gas emission savings relative to fossil fuels".

Amongst the recommended reforms was complete accounting for biomass carbon emissions, including at the smokestack, to prevent an expansion in the use of bioenergy that sets the UK back in its climate goals.

If this happened, the jig would be up. Woody biomass would account for more carbon emissions per watt of electricity than coal, and no policymaker could justify subsidising it.