Coal Power Is Heading For ‘extinction’ Over The Summer Months 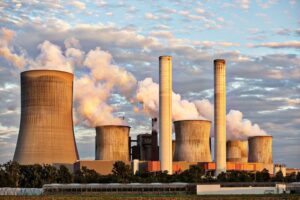 Great Britain is on the verge of abolishing the need for coal-fired power over the summer months, according to analysts.

This is one of the main headlines from a new quarterly report on the country’s energy mix.

Researchers at Imperial College London analysed official data from the National Grid over the months of April, May and June.

“For the third summer in a row, coal is edging closer to extinction in Britain,” commented lead author Dr Iain Staffell, noting that coal supplied a mere 1.3 per cent of electricity over the quarter. Its share also fell below 1 per cent for first time across June.

The times at which coal is running over summer is “at a bare minimum”, Staffell added, highlighting that plants are usually called upon to provide grid stability during periods of low demand.

The report goes on to state that Britain “likely could” run without coal all summer, given that the remaining fleet operated at only 3 per cent of its maximum capacity.

The number of coal-free days across the year is also at an all-time high with no coal power stations used for 812 hours throughout the quarter. Over 1,000 have been clocked up through July, according to a separate piece of research.

Coal’s decline in Britain has been a short and sharp affair, falling by 75 per cent over the past three years. In 2017, coal provided 5.3 per cent of total energy consumption, a historic low.

Ultimately, the switch away from coal has already happened; gas supplied 41 per cent of demand over the quarter, accounting for 82 per cent of emissions. The focus of the low-carbon transition will, therefore, take place elsewhere.

“While it would be a clear symbolic victory to remove coal from the system for entire months at a time, its impact on the climate in summer months is no longer significant,” the report concludes.