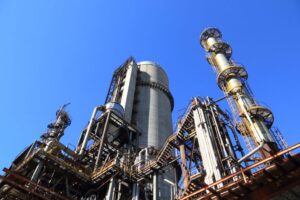 Gas from Glengorm reservoir under North Sea could meet about 5% of annual demand.

A Chinese-led consortium has discovered the UK’s biggest gasfield in more than a decade, leading experts to say there is life yet in the country’s offshore sector.

Drilling found the equivalent of about 250m barrels of oil could be recovered from the Glengorm reservoir in the central North Sea, about 5% of the UK’s annual gas demand.

The find was hailed as significant by industry and the regulator of the region’s last oil and gas reserves, where production has been declining since the turn of the century.

But environmental groups said it was a disgrace that new oil and gas prospects were being found and developed, given their contribution to climate change.

The Chinese firm CNOOC owns 50% of the Glengorm project, with a subsidiary of the Italian company Edison holding another 25% and the French oil firm Total owning the other 25%. The size of the find is the biggest since the Culzean find in 2008, and 11th largest of any kind in the UK in the past 30 years.

Total, which made another large gas discovery last September in west Shetland, has been behind many of the basin’s big discoveries in recent years.

The company said it would use existing platforms and infrastructure nearby to extract the gas, and the Glengorm prospect demonstrated its “capacity to create value in a mature environment”. Total tried to find gas in the area twice before, in 2017, but without success.