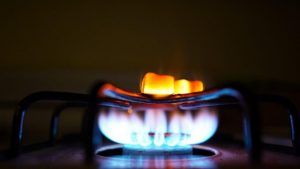 Around 35,000 former customers of Ebico have been compensated a combined £665,000 by SSE after the Big Six provider delayed switching customers following the withdrawal of its ‘white label’ partnership tariff with Ebico.

At the end of 2016 Ebico terminated its partnership with SSE and in February 2017, the Big Six supplier withdrew its white label tariff with Ebico from the market.

Suppliers have 49 days to move customers onto another tariff when a tariff is withdrawn from the market.

However, SSE took almost six months to do so, which resulted in some 6,000 customers who were moved to a cheaper tariff losing money due to the delayed switch. These customers have been compensated a combined £190,000.

A further 29,000 former Ebico customers who were switched to a more expensive tariff have also received a combined goodwill gesture of £475,000 from SSE.

Gareth Wood, director of customer service operations at SSE, says: “We’re disappointed not to have met the high standards expected of us in this instance, but took voluntary action to put things right and ensured any customers facing detriment were identified, contacted and compensated in full.

“In addition, we voluntarily decided to credit customers who had actually benefited from the delayed migration. We’re pleased that Ofgem is satisfied the matter has been resolved and has now closed the case.”