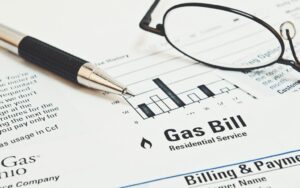 Ofgem has given National Grid permission to recover £111.3 million through network charges to pay for the replacement of a major gas pipeline under the Humber estuary.

The regulator had previously turned down the company’s request for a larger sum of £139.9 million on the grounds it had failed to demonstrate the project would be in the best interests of consumers.

The Feeder 9 transmission pipeline carries gas from the Easington terminal on the east coast of England towards the south west of the country.

Surveys carried out by National Grid in 2009 found that sections of the buried pipeline had become exposed due to erosion of the river bed, leaving it vulnerable to damage. It carried out mitigating works the following year, surrounding the exposed sections with concrete mattresses and gravel bags.

However, the company believes these measures will only last for five to 10 years and in May began building a new tunnel for a replacement pipeline under the Humber.

Around the same time, National Grid applied to Ofgem as part of a reopener process for a £139.9 million increase to its RIIO T1 spending allowance to fund the project. By this point, the company had already committed £93 million to the scheme.

In its submission to the regulator, the firm said the erosion has created a safety hazard, with the potential for an explosion if the pipeline is struck by a vessel or its anchor.

It said the loss of Feeder 9 would lead to a supply shock on the wholesale market, driving up gas and power prices at the expense of consumers, and could jeopardise security of supply.

Ofgem initially refused the request in a consultation published in August, saying National Grid had failed to show that the risks justified an immediate replacement. Furthermore, it said a new pipeline should cost just £104.6 million.