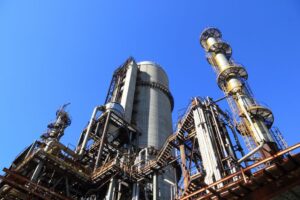 London — Russian gas supplies to Europe and Turkey rebounded in August, according to data released Thursday by gas giant Gazprom, after a dip the previous month during the planned outage of the main Nord Stream gas pipeline to Germany.

According to preliminary data cited by Gazprom CEO Alexei Miller, Gazprom's sales in the "Far Abroad" -- Europe plus Turkey but not the countries of the former Soviet Union -- are set to amount to 133.3 Bcm in the first eight months of 2018.

According to S&P Global Platts calculations, this means August supplies are expected at 16.2 Bcm, or an average of 523 million cu m/d.

This is the highest monthly average since April, meaning Gazprom gas remains in high demand for power generation and for storage injection in Europe.

Gazprom's sales in Europe and Turkey in July averaged 513 million cu m/d, according to Platts' calculations, as the gas giant made up for the two-week Nord Stream outage by selling gas from its European storage facilities and increasing flows via Ukraine.

Gazprom's supplies to the Far Abroad hit a new record high of 194.4 Bcm last year, and are on track to break through the 200 Bcm level if current supply rates are maintained.

Miller said last month supplies to Europe and Turkey were set to reach the maximum foreseen in all of its contracts combined this year and that total sales could reach "205 Bcm or more." OIL-INDEXED GAS VS EUROPEAN HUBS

But pricing will likely be the most significant factor in determining how much Russian gas is sold in Europe and Turkey over the remainder of 2018.

Prices on the main European gas hubs have risen sharply in recent weeks, with the Dutch TTF day-ahead and Q4 prices moving above Eur26/MWh.