Eight things you need to know about the future of energy 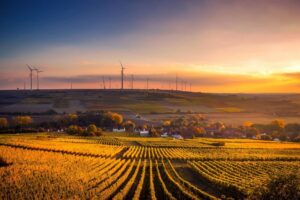 The energy industry is changing. Artificial intelligence, blockchain and distributed networks are altering how we think about energy and the grid.

The energy industry of old just doesn’t cut it anymore, and time is running out to switch to cleaner and smarter ways of providing power before it’s too late. As the Intergovernmental Panel on Climate Change warned in its report released in early October, based on current emissions levels the world will reach 1.5 degrees Celsius degrees of warming, compared to pre-industrial, temperatures, by 2030.

So what can be done? At WIRED Smarter some of the smartest minds in the energy world came together to explore what the future of the energy industry might look like. Here’s the best of what we learned from a packed speaker lineup that included Bulb CEO Hayden Wood, Verv COO Maria McKavanagh and DeepMind’s Sims Witherspoon.

Little pushes can add up to big changes in customer behaviour
“What we find is that by having a relationship with customers we can change their behaviour,” says Hayden Wood, CEO of clean energy supplier Bulb. His customers who received annual energy reports ended up reducing their energy usage by two per cent, compared to those who didn’t receive the reports.

That might not sound like much, but it is estimated that if everyone in the UK made the same change that’d save customers £560 million a year, and stop 36m tonnes of CO2 being released into the atmosphere, Wood says.

Cutting down CO2 emissions isn’t enough – we have to remove them too
“We will need to reduce CO2 in the atmosphere,” if we’re to stop the most extreme impacts of climate change says Jan Wurzbacher, founder and director of Climeworks, a startup that builds infrastructure to capture carbon from the atmosphere and lock it deep underground.

Last year in Zurich, Climeworks plants removed 900 tonnes of CO2 that was used to supply greenhouses. But his goal is to eliminate eight billion tonnes from the atmosphere, and to do that he needs policymakers to wake up to the potential benefits of carbon capture. “Changes in policy are much easier if we show there are solutions and we’re not 100 years away,” Wurzbacher says.

AI isn’t a fix-all cure, but it is a powerful tool for energy efficiency
“Artificial intelligence is not magic sparkle dust,” says Sims Witherspoon, applied artificial intelligence program manager at DeepMind. But if you’re smart about how you use it, AI could have a huge impact on how we heat and cool our buildings.

“AI can show us creativity but it also has the ability to show us new knowledge,” she says. By using AI to analyse energy use in Google’s data centres, the firm was able to save 30 per cent on energy by switching to an AI system that optimised the cooling system in real-time. And there’s potentially no limit to the gains that these kinds of systems can squeeze out, Witherspoon says. “Rules and heuristics don’t get better – AI does.”