UK cut in Russia gas imports would be political gesture 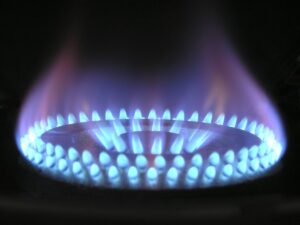 Any move by Britain to cut its gas imports from Russia would be “politically motivated”, the Russian energy minister said on Thursday, amid a worsening rift between Moscow and London over the poisoning of a former Russian double agent in England.

Prime Minister Theresa May announced on Wednesday that Britain would kick out 23 Russian diplomats, the biggest such expulsion since the Cold War, over the poisoning of Sergei Skripal and his daughter with a nerve agent.

May has squarely blamed Russia for the attack and also said Britain was looking to reduce its gas imports from the country. Moscow denies any involvement in the attack and has vowed to retaliate against the measures announced by London.

“Every country has the right to choose its own energy policy... Any decision (by Britain to cut Russian gas imports would be) politically motivated and not aimed at developing competition on the European (gas) market,” Alexander Novak told reporters.

Gazprom, which holds a monopoly on Russia’s gas pipeline exports, supplied a total of 16.3 billion cubic metres of gas to Britain last year, slightly less than a year earlier, but still accounting for a fifth of the country’s total gas consumption.