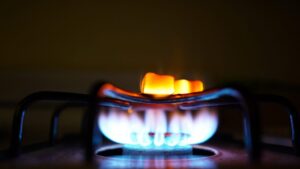 'Simply not good enough' says Citizens Advice, while separate survey reveals a fifth of households fear not being able to afford gas and electricity bills this winter.

Energy regulator Ofgem has demanded all 11 of the UK’s biggest energy companies improve how they deal with customer complaints.

Less than a third of people Ofgem surveyed are happy with the outcome of complaints, with 57 per cent dissatisfied. Citizens Advice described the situation as “simply not good enough”.

Separate research revealed on Thursday a fifth of households are “seriously concerned” about being able to pay energy bills this winter, after recent price hikes that have seen the average “Big Six” variable tariff spike to £1,224 a year.

Customers told Ofgem suppliers do not keep them up to date with the complaints process or give enough indication of how long it will take.

The regulator has opened three new “compliance cases” – on First Utility, Ovo Energy and Utilita – and expanded its recent engagement with ScottishPower.

Seven other suppliers have been ordered to come up with plans laying out how they will improve their handling of complaints.

Ofgem said it will monitor energy suppliers and work with them to improve outcomes for customers until issues are resolved.